Now this particular release isn't new. Some of you may already be familiar with it but for those who aren't, keep on reading. Scroll is a one man black metal band from Seattle and this is its first self-titled Demo released back in 2011. It was released as a tape with a very awesome DIY hand-made pouch. For those who grabbed it, lucky you. Scroll's Demo features 5 tracks giving us a total of 30 minutes of very well performed, very good, intense and memorable black metal music. I was really astonished by the quality of this. It's really, really good. I personally love the sound of it. It's very dense, almost as we're involved with this cold tremolo picking blanket in the middle of this grim whirlwind of blastbeats.     I guess the best way to describe Scroll's sound is that it sounds pretty much "cascadian". Very Ash borer-esque or Fell Voices-esque, if you know what i mean. Nevertheless it has a soul of it's own and it's not just another copy-cat band. The barrage of the tremolo picking notes spewing from the guitar melts perfectly with the fury of the drum, creating this thick wall of noisy and impenetrable black metal. I just hope this project hasn't died yet and the man behind it can surprise us with something new soon. You hear that Jesse?? 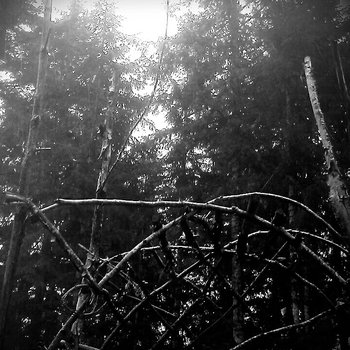 Whispers within the forest