And how about for a kick in your fucking teeth? That's right. Colorado's Ironhorse will kick the shit out of you with "Dragged Down A Dead End Path" an album that is all about one thing: Anger. As i started to play this album, i felt like i am immedeatly slapped in my face, but the deeper i get into it, something evil (even more) starts growing inside of me, making me just want destroy stuff around me.

Delivering a brutal mix of hardcore, sludge, crust, powerviolence or even grind, Ironhorse's formula is as powerful as a keg full of gunpowder about to blow. These boys are here to make a stand with this album, ten explosive tracks in 25 minutes... they mean serious business. Don't get in their way or they will slay you. Coming straight out of nowhere, "Dragged Down A Dead End Path" is a killer album. Play it loud and destroy! Listen in the link bellow and don't miss the chance to check them out live. 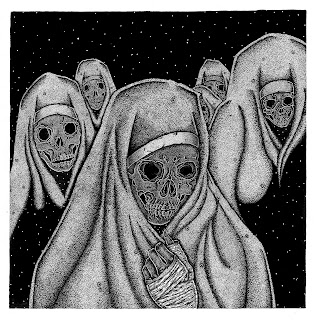