Column of Heaven "Mission From God"

Picking up right where Endless Blockade left off, Column of Heaven released the more-than-impressive "Ecstatically Embracing All That We Habitually Suppress" demo in 2011, and has now returned with their highly anticipated debut 12”. While Endless Blockade hinted and flirted with the mix of noise/experimental music with power violence, this 12” sees those ideas taken to their endpoint, fully incorporating noise, dynamic samples, extra instrumentation, and experimental soundscapes into a metal-tinged power violence framework. Blasts of harsh noise and brutal hardcore mix with quieter, creepier atmospherics to make for an engaging and powerful listen from start to finish. This record fits nicely in line with the current crop of bands taking power violence in exciting new directions (Gas Chamber, Iron Lung, Hatred Surge, Suffering Luna, etc).

I've been into this release by Column Of Heaven since i knew it was out, and have been into it since then. Can't stop listening to it. The whole atmosphere is brutal. Whether you get blasts of powerviolence grind with cutting death metal riffs layered with blasts of harsh noise and really disturbing samples. What this band accomplishes here, to me, is something really and very exalted. It's not just killer riffs and insane drumming, it's beyond that.

"Mission From God" is a conceptual album influenced by “The Yorkshire Ripper”, from 1969 until his arrest in 1981, Peter William Sutcliffe attacked and murdered women in Yorkshire, England. Sutcliffe claimed God had told him to murder the women as he heard God's voice in his head. God sent him on a mission. The most brutal facts were yet to come and with them the consequences that would stretch throughout the years in that community.

The overwhelming majority of his victims were caught in the suffocating poverty that defined much of Yorkshire at the time. Many were involved in the sex trade. All were eventually united by Sutcliffe’s clear and extreme hatred of women which erupted as he bludgeoned, stabbed and beat his victims.

And that's precisely what i "see" as i hear "Mission From God". Thousands of images run through my head in a flash of seconds... the face of the victims, the clippings of the murders news taken from the newspapers at the time, Sutcliffe, the blood. Never an album made me feel like "Mission From God" did. Besides all of this conceptual background, the sound is perfect. We get these cutting death-metal riffs that reminds me older Napalm Death material and also the smashing brutality of Slaughter Strike, layered with harsh noises whose duty is to enhance this sonic experience to pierce deeper into our subconscious, while our brain is constantly hammered with brutal powerviolenced/grind drum beats.

But why would they write about a serial killer? Well, there are member(s) of this band that experienced life in the time and place of Sutcliffe’s activity. This work is intended to help purge oneself of the poison and unease that comes from growing up in Sutcliffe’s shadow, and to remind oneself of how that environment is inexorably part of our being. In a society that is absolutely saturated in violence, much of it directed towards women by men, it is easy to be unaffected by the truly horrific nature of Sutcliffe’s crimes. Years have passed since then, but the reality is that women violently lost their lives. Some survived attacks by Sutcliffe only to pass their remaining years tormented by trauma, fear and depression. Family members of victims took their own lives. The bureaucratic and police reaction was a disgusting farce: Sutcliffe was interviewed by police nine times and was ultimately caught only by complete accident. And this is curious, because in one of the tracks you can hear an interview with Sutcliffe where he states how he once failed to commit suicide, apparently his car got stuck in some rocks. How could a man, that deceived the police, failed on something like that? The police and powers that be simply didn’t care that someone was murdering poor women. It’s a reprehensible reality that sadly continues today all over the world. It’s a cold, terrible place and will likely always be so.

What is the Mission of God? To heal or to kill? There will be always wolves among the lambs of God. A mandatory album based on true experiences. Highly Recommended.

To feel this experience as a whole i also strongly recommend you to also get the "Soldiers Field" EP featured on the Survivalist Deathcult Bandcamp. Both releases are on "name your price" mode, so feel free to support if you want. For the real collectors, you can buy "Mission From God" on vinyl here. Thanks to Survivalist Deathcult for sharing this awesome and unique album and also the whole concept behind it, from where i took some of the paragraphs above. 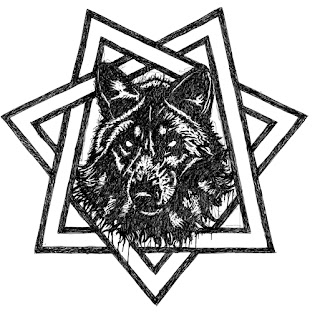