No, just because the title of the album is "Vardøgr" it doesn't mean that UK's Hammers have sold out to the black metal hipster scene... and thanks God for that. "Vardøgr" is the brand new release and full-length of this terrific band. It's been quite some time since these guys released something and i'm glad they did because they just made my day much better. I fuckin' love this band, i loved  the Demo "Year One" and "Orogeny"  from 2010, and the minute i saw that Hammers had a new album out i new that it was going to sound like an atom bomb was dropped right above our heads. As the guitar feedback starts in "Casting Spells" i feel like a little boy anxious to open his presents on Christmas morning... shit... this is going to be good. The crust approach that Hammers do to their sound is by far one of best out there. It's dirty, fast, mean and vicious as hell. The assault continues along the other 9 tracks, where Hammers simply won't surrender and they just won't give you one second of rest on "Vardøgr". An excellent return that shows that the band hasn't soften at all and that they are still in great shape. One of the finest albums of the genre for the year, for sure. The band was kind enough to give this new excellent album for free, so please thank them here. Highly Recommended! For fans of Masakari, Black Ships, Cursed, Perth Express. 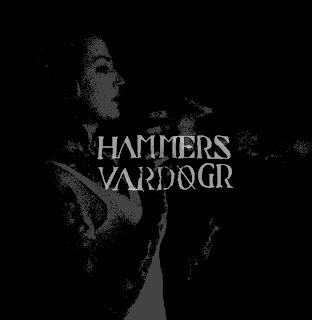