This is a request that arrived from one of my fellow Vicious Circle (check out blogroll) blog brother and head of Slays For Days Distro, Mr. rasputin.
Balcony View is the solo project of Chance Bridges from Alabama. This self titled record is his first release and is thematically based around the concept of an oncoming storm. In fact, the album was recorded prior to and during one of the biggest storms in Alabama of the past few years, and the intensity of that night is reflected in the music. The kind of music that Balcony View present us is very introspective, it feels almost that the listener is side by side with the artist in his room, and looking outside the window, a storm is starting to form...

The first track "Resonance" is a minimalist, acoustic track that serves almost like as an intro to this release, next we get "Old Ghosts" that softly lashes us with some warm sonic waves, i pretty like the post rock chords on the last minutes of this song, really a nice touch. After it comes "Skyscraper", that uses the same formula as the previous song, although with some more distortion on the guitar. "Cold Wind" is another soft song, featuring a low voice, so low i can barely hear what he is saying. Feels like he is whispering, almost as afraid to wake up in this numbness cloak built by successive warm guitar layers. Honestly i don't know if the voice really adds anything special to this song, or if it downgrades, when compared to the rest of the alignment. At last, the final apotheosis, "The Coming Storm (And Its Aftermath)" with almost 15 minutes long is the culmination of what we previously heard. A long dreamy song that builds imaginary devastated landscapes in our head. Balcony View's release is a pleasant release, although not memorable, its a recommended album if you wish to travel without moving your feet. What i liked the most about this release was its crescendo feeling, just like an oncoming storm. But always in a controlled way. Like watching a destructive storm from afar. For fans of Barn Owl, The Gentleman Losers, Human Bell, Fear Falls Burning. In lack of artwork from the artist, i took the pleasure to make one myself. Support by grabbing it here 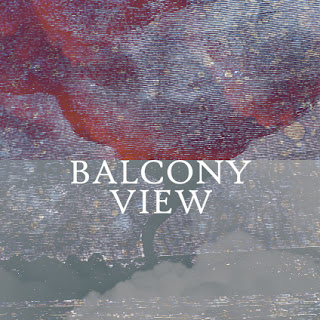