Knelt Rote is a band that mixes a lot of genres, from Death Metal, Black Metal, Noise, Crust and Grind,  that in the end, forms this huge wall of vicious sound. It's two releases in one. You get the first one, "From Without" that came out in 2008, filled with short and furious songs, it's a more powerviolenced crust/grind that bring to my mind acts like Man Is The Bastard, Raw Radar War and early Napalm Death, but in a more incisive way... "Insignificance" (tracks 11, 12 and 13) sound more into Death Metal, the first two, "Immeasurable" and "Age" sound almost kinda like Flourishing material while "Constituent Of Oblivion" is a more darker, evil as fuck track... It may sound a little bit inconsistent, or not. You judge it. But i think these fellas are still testing the waters. I prefer a lot, i mean, A LOT, what they have created with "Constituent Of Oblivion". Fuckin' awesome track. You can get Knelt Rote stuff at Parasitic Records although "Insignificance" will be launched this year through NWP. Stay alert on these guys. Sorry about the low quality on this one, but it was all i could get... think that in this way, its sounds more kvlt. 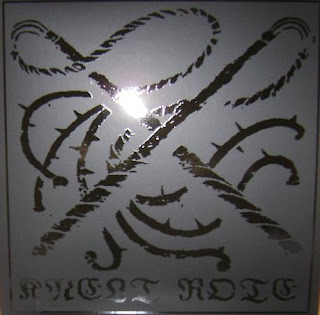